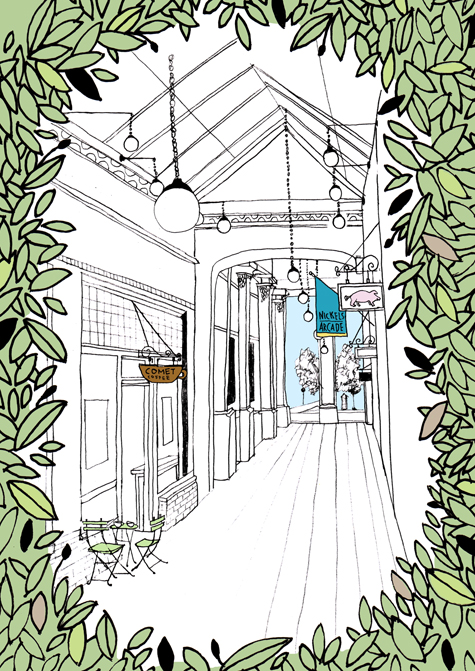 Yesterday 48 finalists were announced for the AIGA Detroit Wish You Were Here contest and I am so happy that my drawing of Nickels Arcade in Ann Arbor is one of them. Michigan residents were asked to submit images of your favorite places in the state in postcard format to combat the negative press that so often comes our way. AIGA, the professional association for design, is a national non-profit with chapters throughout the country and the 25 Wish You Were Here designs with the most votes between now and March 9 will be printed as postcards to be mailed to these other chapters to show the world who Michigan really is.There are some fantastic entries and individuals are allowed one vote per day. Cast your vote now!
3 comments: 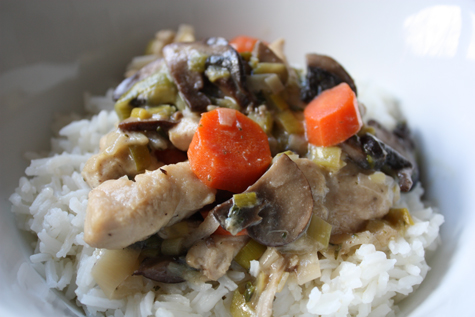 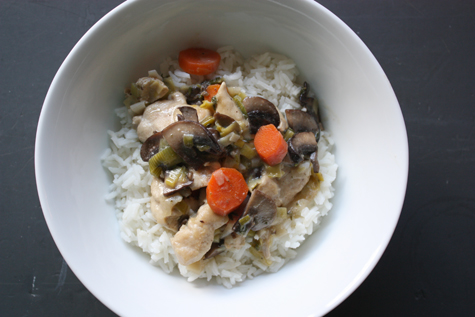 Mmmmmm.... stew. Yes, it's March 1st and the sun is shining. Hooray! But, it is, in fact, still winter. And to celebrate, I bring you stew in its simplest format from Jamie Oliver. It's tasty, comforting, yet light with just a dollop of sour cream for creaminess. I sliced up a couple of carrots for color and added them at the same time as the mushrooms. Yummers.
Simplest Chicken and Leek Stew
From Jamie Oliver in Food & Wine, March 2011
Serves 4. 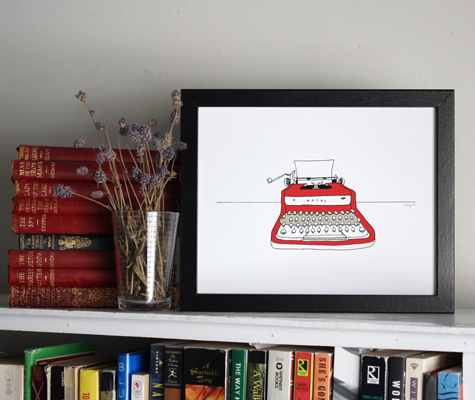 I'm a little under the weather today, but wanted to let you know that there is a new sassy little print in the shop today!
2 comments: